Reaching lives for change and hope

St. Andrew's Church was consecrated on 14 July 1881 through the generosity of the Revd. Frederick Jeremiah Smith the first Vicar of Holy Trinity Church in Taunton.  His gift towards building a new parish church was announced in a sermon given at the new St. John's Church on 14 August 1878.  It was made as a gesture of thanksgiving "that the country had been spared the horrors of war" following the Treaty of Berlin between Russia and Turkey.

St. Andrew's was built to serve the rapidly expanding area of Taunton which served the newly arrived Great Western Railway, and soon became known as "The Railway Parish". 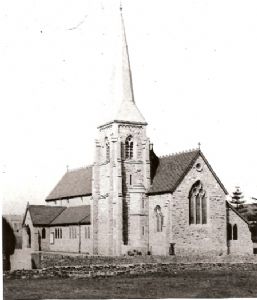 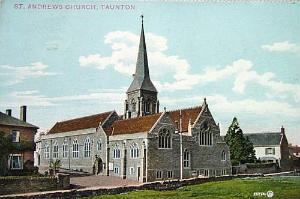 When the church was first built it comprised a nave and 2 side aisles and seated 500.

The High Altar was also extended.

The additional 200 - 300 seats were needed to accommodate the rapidly increasing congregation who could no longer be comfortably seated.

The church was re-dedicated in 1893, only 11 years after it first opened. 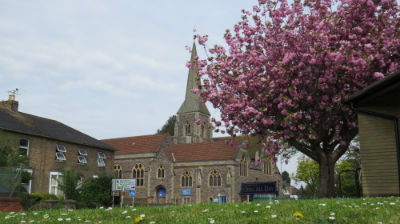 Repairing the Spire May 2013 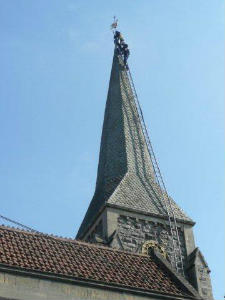 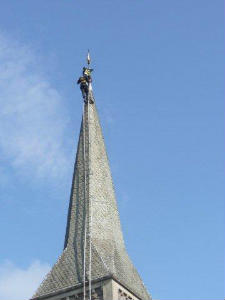 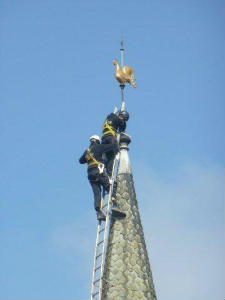 St. Andrew's was built to serve the rapidly expanding area of Taunton which served the newly arrived Great Western Railway, and soon became known as "The Railway Parish".  Below is a photo of our 'Railway Window' which was produced by local artist Clare Maryan Green and dedicated by The Right Reverend Peter Price, Bishop of Bath and Wells on 22nd December 2002. 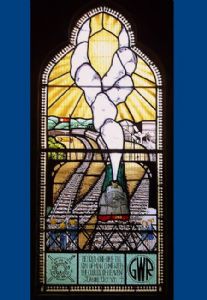 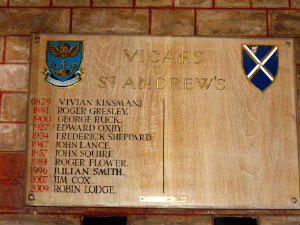 As in the past, the church has grown and developed, so we continue to adapt and change to meet today's challenges